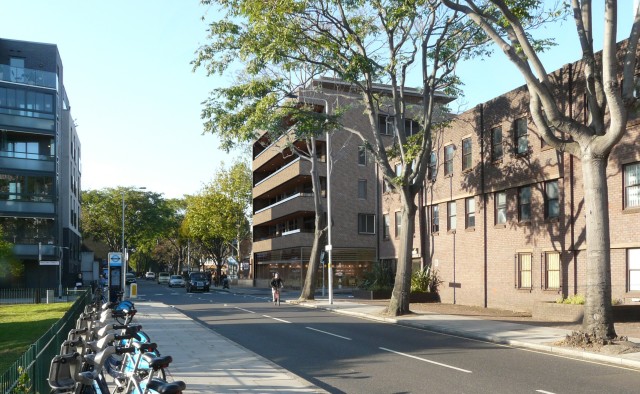 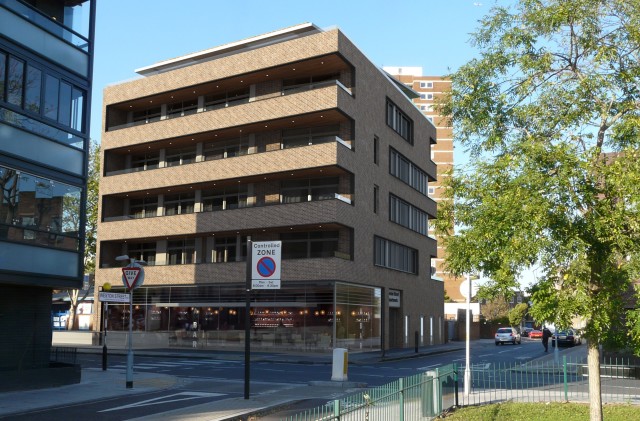 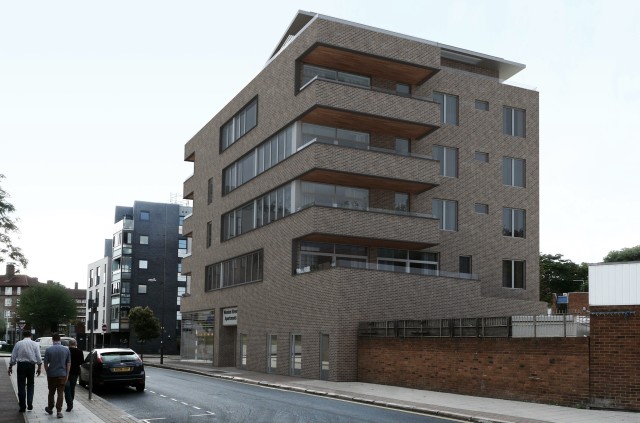 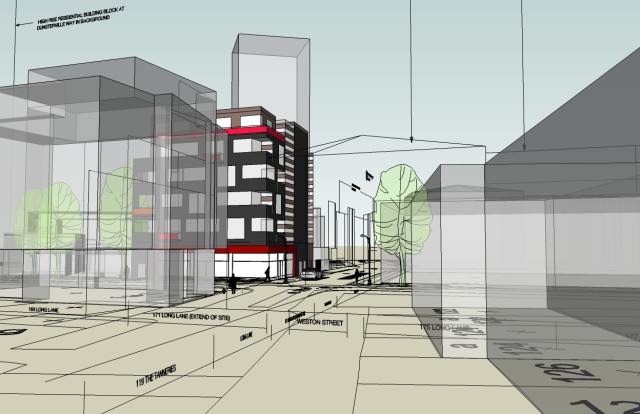 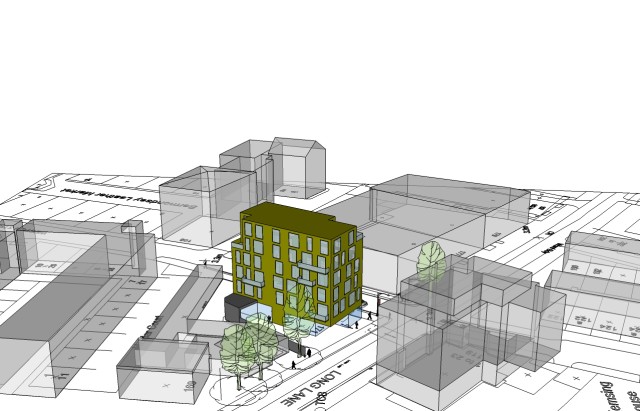 After a series of optioneering exercises for the Client which saw student housing, hotel and all commercial schemes all being developed, a mixed use development was settled on which was to incorporate A3 ground floor use, social housing on the first floor and then private residential properties on the upper level of the 6 storey scheme.

Although overlooking and rights of light issues were not as prevalent here as on Union Street and Glasshill Street sites the site itself had a series of complex issues to address such as how to get natural daylight into a fairly deep floor plate without necessarily using a central atrium.

With little architectural reference in the area, we decided to use brick as the primary cladding material to pick up on the historical warehouse references of the area and also to both liven and soften the junction. Long Lane itself is also a very busy arterial route in and out of central London and a robust mass was chosen to give visual and acoustic protection to the buildings inhabitants.

With sweeping balconies to the front, the majority of flats have good amenity space, shielded to balustrade level by a brick mass. To the back of the building the upper flats and especially the penthouse suite on the roof with its 360 degree terrace have been designed with fantastic views over the Shard building in the east.

After several years of working on options, considering the planning merits with the planning authority and local interested groups, Fereday Pollard assisted the Client team in securing planning consent for the development of the site in 2012.