A £1m project to remodel and extend a Children's Centre in Barnet, north London as part of the Sure Start Programme. 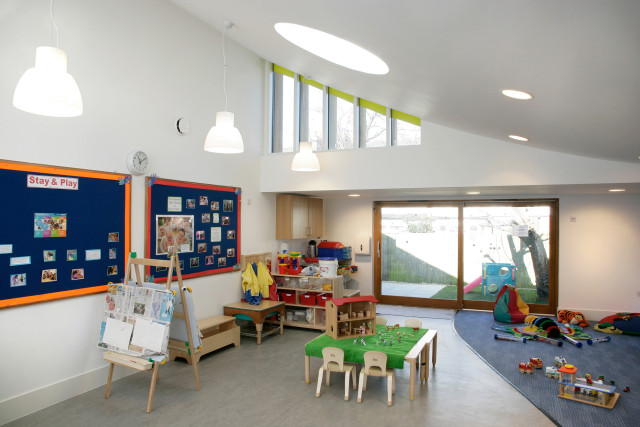 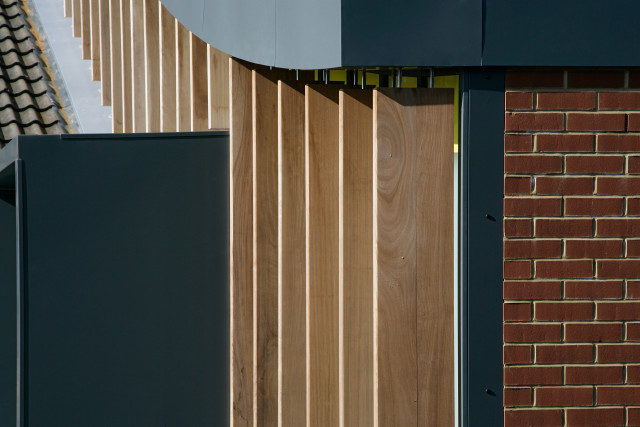 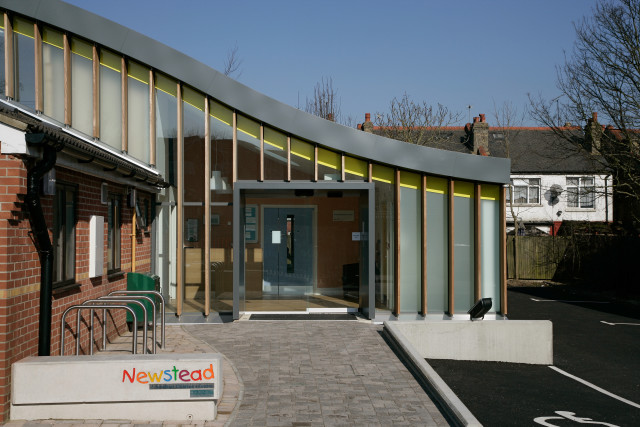 The brief at Newstead was to extend the existing children's centre to create a new entrance and reception, crèche, offices and community centre, all with direct access to the existing facilities. The new extension also sought to overcome lack of storage space in the existing centre.

The building was designed to reflect the local authority's innovative approach to educational design. The design is very much directed at creating a new focal point for both the users and the community at large and providing a vibrant addition to the existing building.

The design of the building takes account of the open area which formed the natural place for the extension. The mass of the extension itself was largely determined by the location and orientation of surrounding properties and the need to create a double height mezzanine internally to maximise space..

The new building was designed with a subtle curved and green roof with vertical timber blades to all three elevations. These provide shading from the south facing main facade. Site works started in February 2009 and were completed in November 2009.

On completion of the works on site, London Borough of Barnet used the building as a Benchmark standard that all their Sure Start projects should reach.