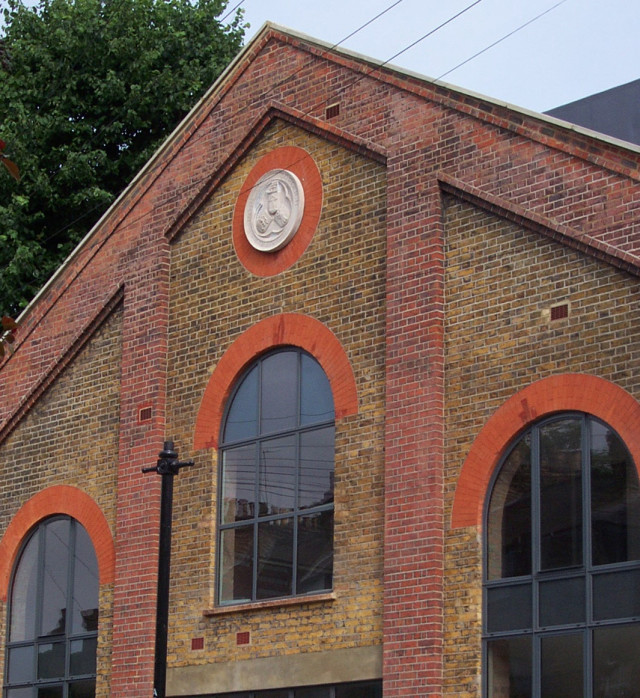 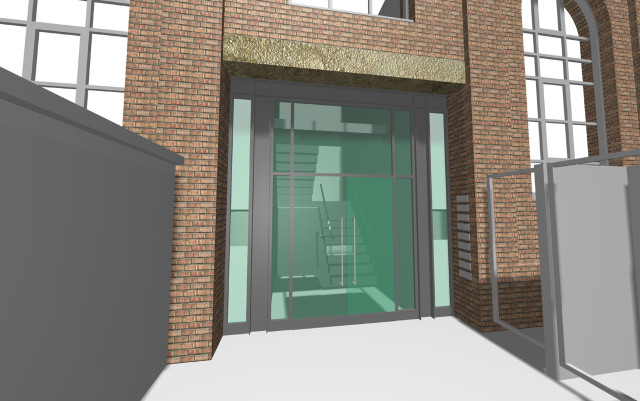 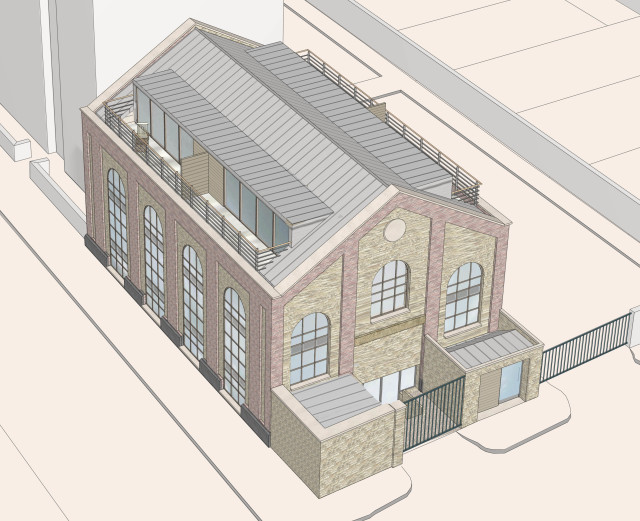 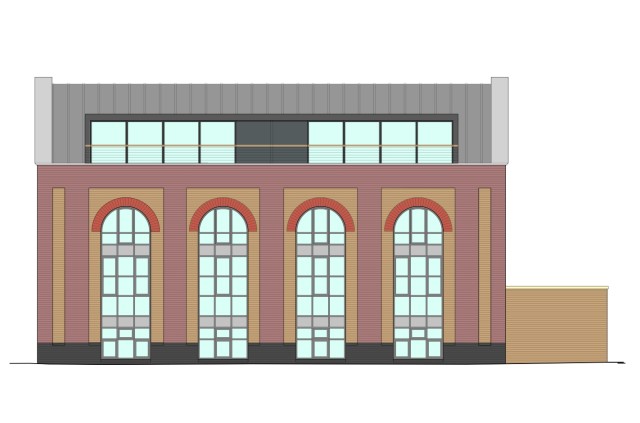 The 'Pumphouse' was a disused former transformer building situated near the Underground railway station at Bow, east London. Set in a heritage street context characterised by 3 storey Georgian terraced houses, it had laid derelict for over 30 years.

With local housing and development pressures increasing, our client proposed restoring the structure and adapting the building to residential use in the form of 9 one and two bedroom apartments.

Purchased in a very poor state of repair, the shell building had been left without maintenance or upkeep by the Electricity Board. Much of the outer building fabric, such as windows and roof, were in need of complete replacement and generally required a complete overhaul and refurbishment.

In converting the building, we endeavoured to maintain the existing character of the building as far as possible, since that character, and the opportunity to enjoy contemporary design and specification within it, was the primary appeal of the development.

The site lies with a Conservation Area, so any alterations to the external appearance of the building were given careful consideration. Where possible, existing window openings have been extended rather than inserting new incongruous openings, and where new windows are required, they have been designed to compliment the existing openings. Likewise, where additions to the building are required such as the new roof, materials that match and compliment the existing have been used.

Given the single view aspect of the apartments, much thought was given to maximising the penetration of daylight year round and the relationship between window proportion and the floor areas of main living spaces.