A new and contemporary extension to a Grade II listed cottage in a concealed and secret off street location in Chelsea, London SW3 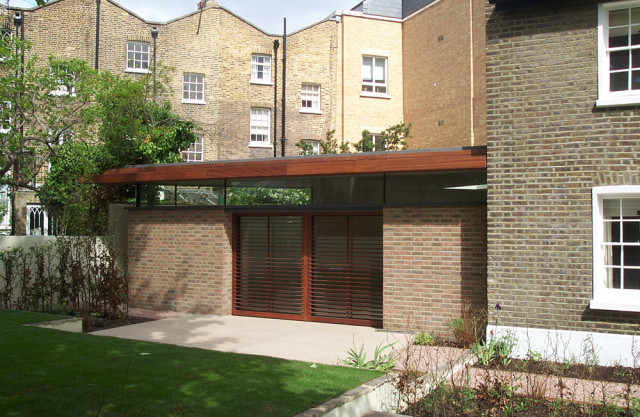 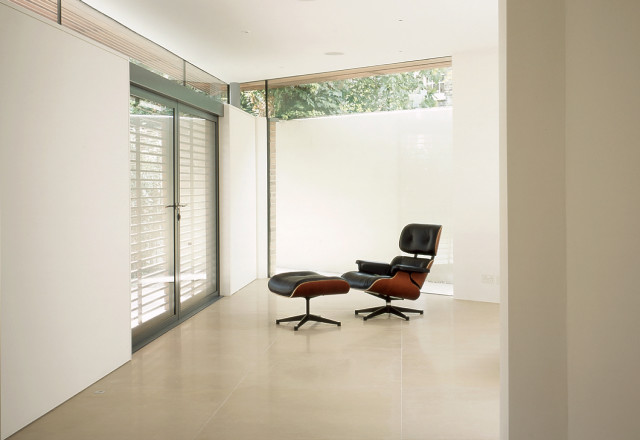 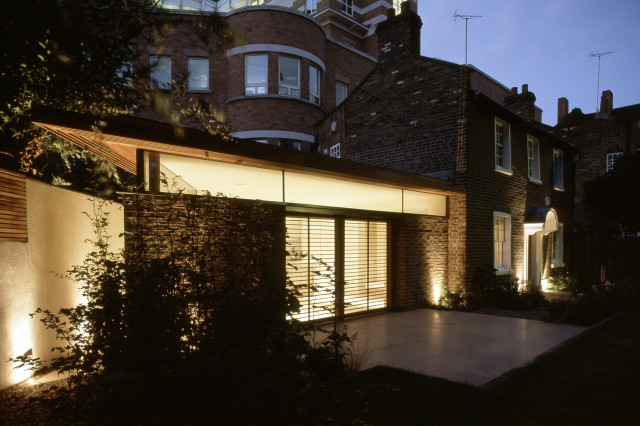 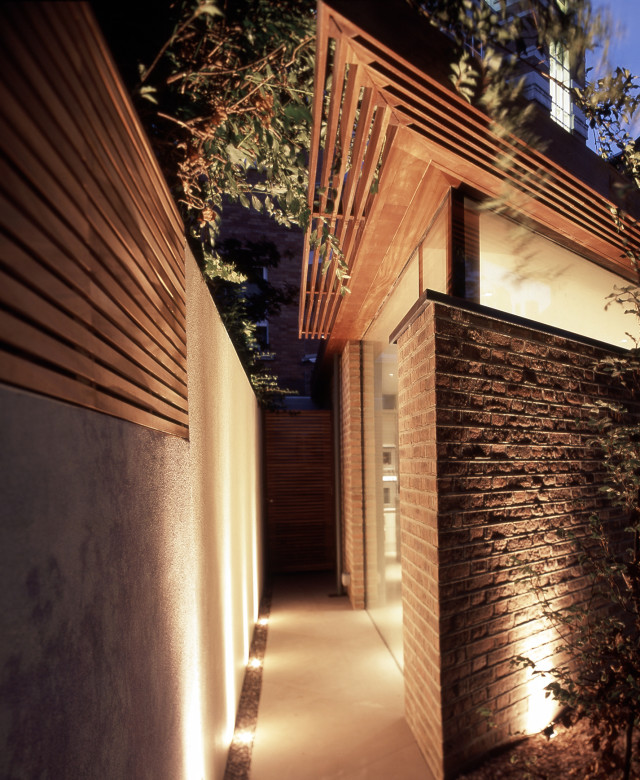 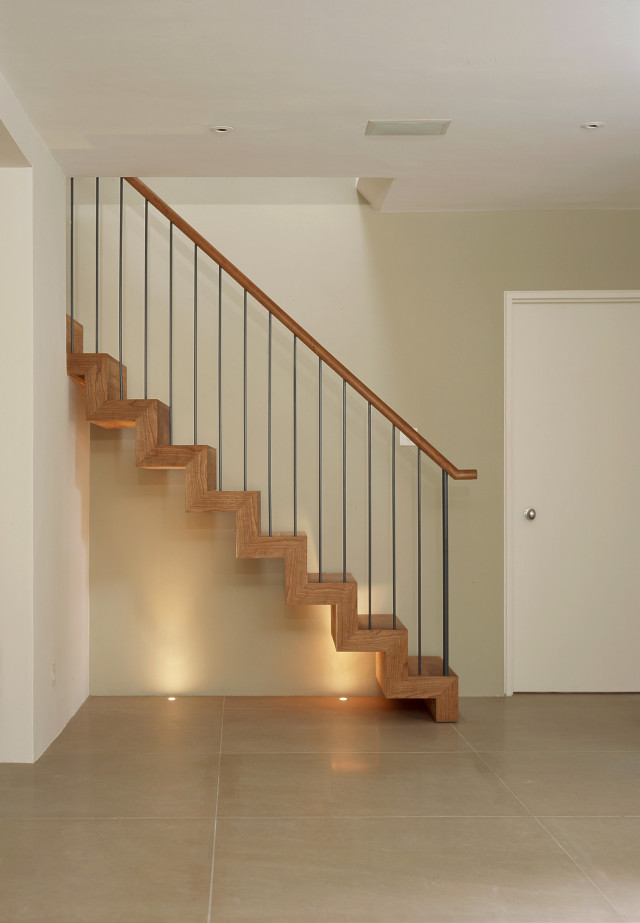 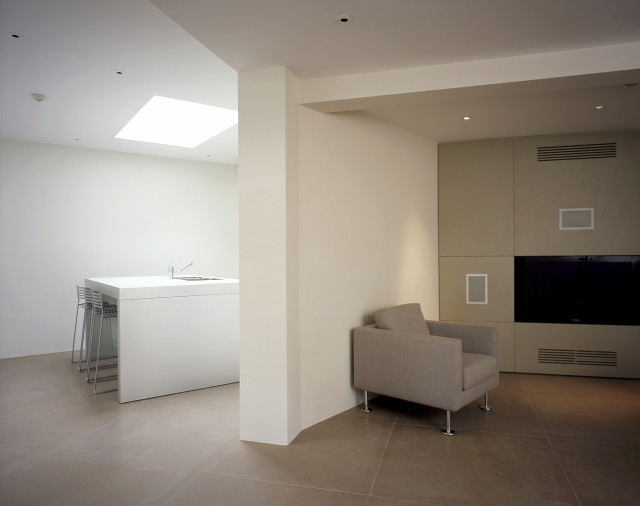 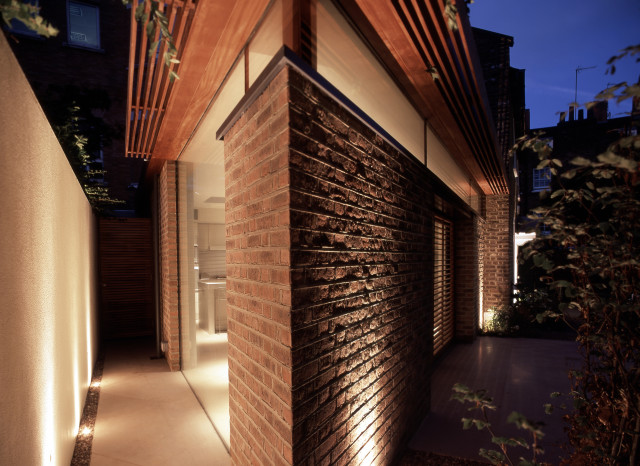 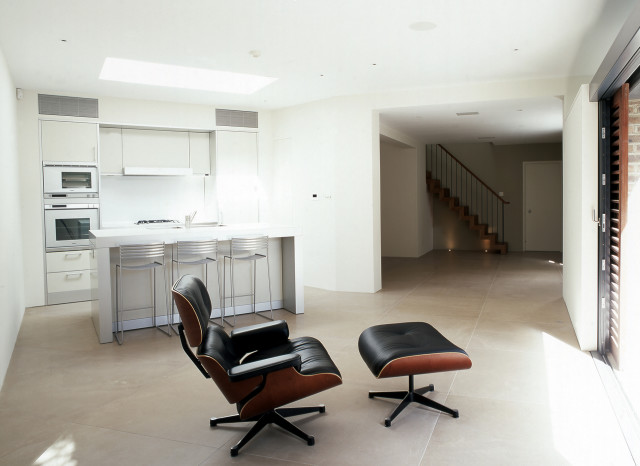 Our client, a media mogul, purchased this existing urban 'cottage' principally because of it's vast central London garden and the opportunities to entertain, relax and enjoy the planned horticultural delights. The property has the added attraction of being accessible only on foot, through a Grade II terrace of Georgian artisans dwellings. This feature, combined with significant office buildings around the boundary, conceals the cottage from street view and maintains privacy.

The existing two bedroom cottage however, was itself very limited in both ground floor reception space and amenity facilities and required extending to capitalise on the unique urban setting.

Previous ownership had been refused planning applications for a glazed conservatory because of issues over light pollution and aesthetics. Working closely with the planners and conservation officers, we carefully considered all the various local concerns and the implications on the heritage of the existing cottage and the surrounding context and developed a scheme that was essentially modern in its architectural language but linked into the context by use of material and detail.

The extension was designed with a glazed frontage to maximise both views and access to the south facing garden but by carefully locating the glass behind what appeared to be an extension of and opening in the existing garden wall a sense of context was maintained. The wall was entirely sympathetic to the cottage in scale, brick size, and colour and once the concept was accepted by the local authority and neighbours, the project detailing followed logically.

The new roof is intended to appear detached, apparently unsupported, over the brickwork, while the bespoke glass sliding doors & hardwood louvres, engineered to fit into the wall cavity, disappear on opening, enhance the impression that the 'extension' is behind the garden wall. All the exterior facing joinery is fabricated from farmed Sapele.

The cottage links to the extension through the removal of the gable wall at ground level, providing a garden width informal living and kitchen area. Upstairs the two bedrooms were given a complete makeover and provided with capsule wet areas.